skip to main | skip to sidebar

check out this video mashup of a pink mountaintops song with clips from the movie Let The Right One In. Weird movie, just watched it the other night. Nice song too....
Posted by pasd137 at 8:35 PM 44 comments:

I'm listening to the dead at the Fillmore in Feb. of 1970 so Dark Starand then the vocals on Lovelight sound different and I'm thinking tomyself is this Gregg Allman and brother Duane with the Dead? Look itup and it is! I am so proud of myself for noticing that this early.

In other news, I have newfound respect for Yao Ming because while hisfoot may be a calamity (think Bill Walton, though Ming probably isntas good as Walton could have been - read Breaks of the Game to feelfor just how shitty BW's feet were) his fucking digestive tract mustbe amazing.
Posted by No Name at 10:03 AM 2 comments:

almost 1 day over with of free agency, and nate and Dlee are still knickerbockers.
holla.
Posted by pasd137 at 10:06 PM 1 comment:

1. Chuck Klosterman? i dont pay much attention to most things going on around me (one may argue that i dont pay attention to anything - coasting through life blissfully unawares aint a bad way to go...), so despite the fact that i had seen his books everywhere, i really never knew who he was, or what the yarn was with him. I found a used copy of his book Fargo rock city for really cheap so i picked it up. I got 34 pages into it, and came to the realization that i did not give a fuck what this guy had to say about anything. Anyone who is going to pass themselves off as a cool/intellectual rock critic (lester bangs??) who sites Def Leppard as one of the best bands ever needs a slap in the balls. i dont fault the guy for growing up in the rural heartland, thereby limiting his exposure to the much cooler shit that was going on when he was a teenager, but fuck. im not reading another page of that, unless someone can convince me that its worthwhile. its not so much that i disagree with his taste in music as much as he kind of shittalks anyone who disagrees with him. i dont like that kind of shit in any format (elitism is one thing i dont tolerate).
2. which show should i go see this Thursday?
a) Jay Reatard, TV Smith (!), and Screaming Females at Music hall o' wlmsbrg
or
b) Thee Oh Sees, Golden Triangle, The Beets, and German Measles at glasslands
3. i officially started diet # 137 of hendo's eating career today. hmmmm. we'll see. by my guess i need to lose 50 pounds before i can consider entering the contests that occur during the annual JO festival.
Posted by pasd137 at 9:52 PM No comments:

Top Ten Best things that could happen on draft day 2009

1. David Stern is replaced as the host of the draft by a tag team of Walt Clyde Frazier and Charles Barkley
2. The Suns trade Steve Nash to the knicks for 3 tacos
3. Charles Oakley comes out of retirement and declares his eligibility for the draft
4. The Clippers trade in the number one pick for a dannon frusion smoothie
5. Shaq gets traded to cleveland, and then LBJ demands a trade to either Milwaukee or NY
6. i get traded for anderson varejao (my contract expires next year...)
7. the albany patroons got absorbed by the NBA
8. Bill russell drops a couple F bombs on live tv
9. the knicks draft a 7'5" 19 year old kid from Greenland who learned how to play basketball last month
10. The Clippers trade the #1 pick to the Nets for Yi, and declare their intentions to sign Iverson
Posted by pasd137 at 12:36 PM 1 comment:

please donny dont do it

Someone tell donny walsh not to trade up to get the number 5 pick in the draft. As far as i'm concerned, as long as lee and nate still aren't signed, the knicks player i want to see go the least is wilson chandler. please, please don't trade him for the # 5 pick. there is no way that thabeet is gonna drop that far. unless someone wants curry, jeffries, or larry hughes, dont do it.
Posted by pasd137 at 8:20 PM 2 comments:

Ali Akbar Khan passed away last week. He was a master of the sarode, and played 18 + hours a day for many years (this apparently is nothing compared to what his father - who lived to be 110 yrs old - did - playing "sometimes 23 hours a day"). I enjoy the music because it is so mesmerizing, although I don't know enough about the form to tell very much of it apart. Kind of like a person hearing jazz for the first time. As crazy as it sounds, I can see how playing this music non-stop is possible.


He presided over this school in California, which offers intensive 3 day beginner master classes...
Posted by pasd137 at 12:18 PM No comments:

Back from the grave 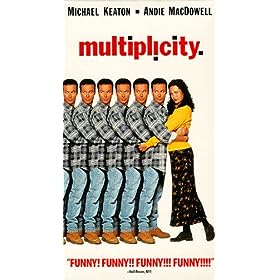 I haven't posted in a while. I was just inspired by No Name after he sent me this email:

You Can't Do These Things By Yourself. You Need Some Help - to kind of quote The Boss.
I'm not going to pretend like I know what I'm writing about but the Cavs elimination shouldn't really come as a surprise. Sure, Cleveland was nasty this past season and throughout the first two rounds of the playoffs but winning a title with only one great player doesn't happen too often.
Michael Jordan only won titles with Scottie Pippen (and Pippen with Jordan) and help from Dennis Rodman later on. Kobe had Shaq still in his prime. Duncan at first had Robinson, Ginobli, and Parker as well as the help to get the job done. The Celtics had Bird, Parish, McHale and a bunch of great supporting players and the Lakers of the 80's had Magic, Worthy and Kareem.
Cleveland needs to acquire a true all star because LBJ can't do it all himself. Of course, the fact that they haven't done that yet makes it all the more likely that Cleveland loses its MVP when that contract expires.
Posted by No Name at 1:54 PM No comments: